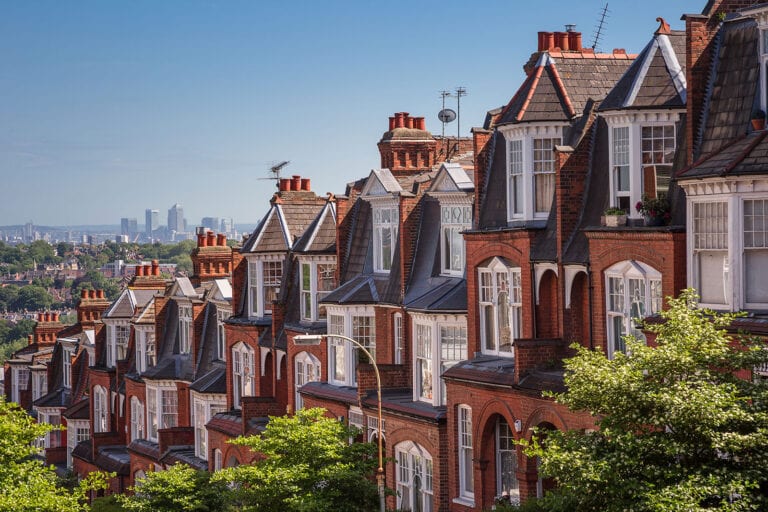 Figures from the Nationwide show a 5% house price rise on a year ago – the biggest increase since September 2016.

The building society says the boost was fuelled by lockdown and Chancellor Rishi Sunak’s easing of Stamp Duty from July this year until next March.

However, economists at the EY Item Club warned the current rise will become ‘unsustainable sooner rather than later’ as mass job cuts loom, the Stamp Duty holiday ends and potential further lockdowns cause more economic turmoil.

Most property market watchers predicted a bust, but even the few who saw the boom coming now say it has peaked

Looking at potential home buyers’ motivations, Nationwide found 35% were looking to relocate and 30% were seeking a better garden or more open space.

In London, 25% of those surveyed said they were moving due to lockdown, while a further 15% claimed they were considering moving.

Robert Gardner, the Nationwide’s Chief Economist said: “The rebound reflects a number of factors. Pent-up demand is coming through, with decisions taken to move before lockdown now progressing.

“The stamp duty holiday is adding to momentum by bringing purchases forward. Behavioural shifts may also be boosting activity as people reassess their housing needs and preferences as a result of life in lockdown.”

Estate agents say family homes and expensive properties are the busiest market sectors, while first time buyers have been hit by a mortgage crunch. Many economists now predict house prices will be brought back down to earth over winter, despite the summer momentum.